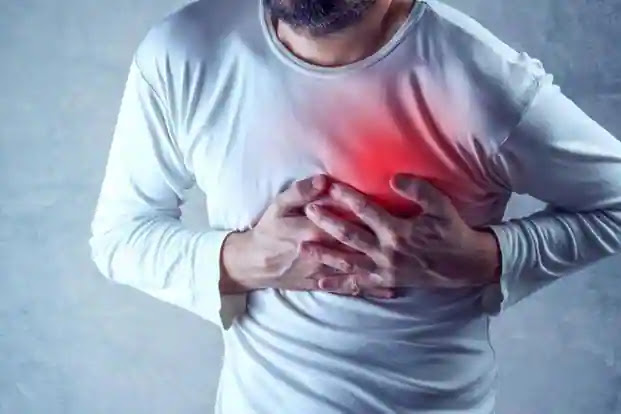 People With Heart Attacks Not Caused by Clots

More than two-thirds of people who have a type of heart attack not caused by a blood clot also may have undiagnosed heart disease, according to a small study from Scotland.

The study, published Monday in the American Heart Association journal Circulation, focused on people who had what's known as Type 2 heart attacks, which result from strain caused by an illness such as infections or fast heart rates that can lower blood pressure or oxygen in the blood. But when researchers conducted advanced heart imaging, they discovered study participants also had conditions such as narrowed arteries or weakened heart muscles that were frequently undiagnosed. Fewer than a third of those patients were being treated for heart disease.

This is the first evidence from a study to demonstrate underlying heart artery disease and heart weakness is common in this condition," said the study's senior author Dr. Andrew Chapman of the BHF Centre for Cardiovascular Science at the University of Edinburgh in Scotland.

In the more commonly recognized type of heart attack, called Type 1 myocardial infarction, the blood supply to the heart is disrupted, usually by a blood clot, causing heart muscle in that area to die. A Type 2 myocardial infarction occurs when the heart muscle is damaged from the strain of not getting enough oxygen through the impaired blood supply.

In recent years, highly sensitive blood tests that detect levels of troponin, a protein released into the blood when the heart muscle is damaged, have made it easier to quickly diagnose heart attacks. Up to half of all people with elevated troponin levels are believed to have experienced Type 2 heart attacks. Yet less than one-third of these patients are managed by cardiologists and fewer than 20% are examined for underlying cardiovascular disease, according to a 2020 study published in Circulation: Cardiovascular Quality and Outcomes.

The new study included 93 people, averaging 66 years old, who had been diagnosed with a Type 2 heart attack. Advanced heart imaging tests showed 68% had signs of coronary artery disease – a buildup of plaque in the arteries. Among them, 3 in 5 had been undiagnosed. And 34% of the full group had left ventricular systolic dysfunction, a weakening of the heart muscle that can lead to heart failure or sudden death. This condition had been undiagnosed in 84% of the patients who had it. Only 10 patients had normal heart images.

Failing to diagnose these conditions are likely contributing to the high death rates experienced by people with Type 2 heart attacks, Chapman said.

Studies show these people "have very poor long-term outcomes," he said. "We know 1 in 6 patients have a (subsequent) typical heart attack that results from a blockage in the artery or death from a cardiovascular cause within a year, and only a third of patients are alive five years later."

One reason Type 2 heart attacks are so difficult to diagnose – or treat – is because they can be caused by so many different illnesses and conditions, including arrhythmias, hemorrhage or sepsis, said Dr. Jason Wasfy, a cardiologist at Massachusetts General Hospital and an associate professor of medicine at Harvard Medical School in Boston.

And because these conditions are so different, it's difficult to set up or conduct trials that explore treatment options, he said.

"Traditional treatments may be effective in this population, but that has not been validated," said Wasfy, who was not involved in the study. "There's not a single treatment strategy that has been validated in this population. Not one. The fact that this is so common and so deadly and there's not a single randomized control trial showing us how to treat this is an enormous gap in the literature."

Anti-platelet therapies or anticoagulants, typically used with stents inserted into an artery to improve blood flow after Type 1 heart attacks, could be problematic for people who had a Type 2 heart attack because they can cause hemorrhaging, Wasfy said. "This could make things worse, but even that we don't know."

Previously, there's been a lack of evidence to guide decisions for investigation or treatment, Chapman said. But the new findings show underlying heart disease may be common. So, he said, it emphasizes the need to involve cardiologists in how these patients are cared for.

"Patients with this condition are managed throughout the hospital in medical wards, surgical wards, and often in critical care," Chapman said. "The primary illness is often not the heart, but the heart is damaged as a result. It is often appropriate that these patients are managed elsewhere, but cardiologists could become involved if there is a suggestion of underlying heart disease."